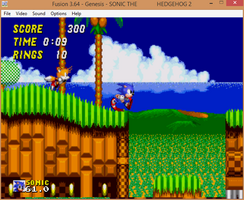 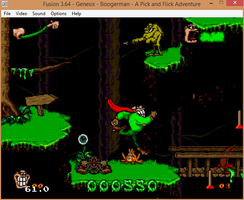 Advertisement
Kega Fusion is a complete multiplatform emulator capable of running games made for the majority of classic SEGA consoles. It can emulate the Master System (and its predecessors SG-1000 and SG-3000), Game Gear, Megadrive, Mega CD, and Sega 32X. It's more geared toward faithful emulation than speed, although thanks to the power of today's computers, any game from the aforementioned platforms should run perfectly at 60 FPS.

It supports practically all ROMs for any of those platforms, including the 32X, which doesn't require bios to work. You can even emulate more complicated games like Virtual Racing, or 3D games that used the complement for Megadrive.

All kinds of visualization options are available, including adding filters to simulate that you're playing the game on an old television. Or you can add other plugins to render better graphics to mask the low quality of early games.

You can also choose between emulating the PAL or NTSC console, use real CDs in your reader to emulate Mega-CD, and even play online with other players.

There's no doubt that this is one of the most comprehensive emulators that you'll be able to find to relive SEGA's glory days on your computer.
Reviewed by Andrés López Translated by Molly Lincoln
Advertisement

AMD FidelityFX FSR2
EmulationStation
A good looking front end for your classic emulators
Xemu
An excellent Xbox emulator for Windows
Logaterix
Pioneer
DxWnd
Run games and programs in a smaller window
osu!
Keep the beat as the songs play
Game Fire
The easiest way to add speed to your games